Located on Raiatea, an island in the Pacific Ocean, 30km from the main town Uturoa, Vaihuti Fresh is a fast-developing organic farm. We spend a month woofing there in March 2019.

The farm is founded in 2013 by 4 friends, 2 associates and 2 manager-associates, Thierry and Paul. Thierry is both a surfer and a oceanographer. His job leas him to find out first hand the progressive disappearance of the ocean biodiversity and the threats to the corals of the polynesian islands. Eventually, it is those observations as well as his love for the sea that lead him to take the leap into permaculture, producting healthy food in the absence of chemicals that end up in the ocean. Paul is a teacher but also self-taught in many fields, a seasoned fisherman and also passionate about working with the earth, it is naturally that he turns to a healthy agriculture for his own sake but also that of the children and both the terrestrial and marine environment. 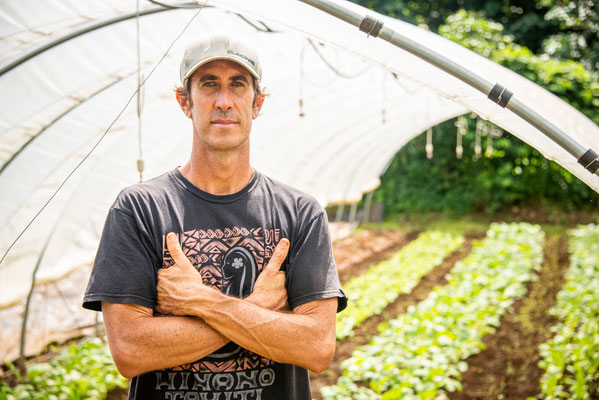 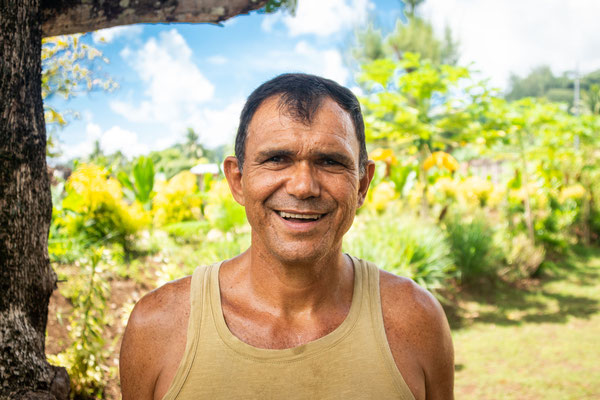 Both trained in permaculture at Geoff Lawton, a famous permaculturist in Australia, they prepare the project during 2 years on a 23ha land. The challenge is huge, growing veggies in a tropical climate, hot and humid, with super strong rains. The land is mostly slopy with terraces that can be improved and set-up. The permaculture principles, a design science, are applied to distribute the cultivated areas and the fruit trees. Swells are created to place fruit trees and terraces are further flattened to create the cultivated areas. The cultivable area reaches nearly 8ha – though when we are there about 3-4ha are cultivated following a very destructive rainy season.

Greenhouses are installed on some areas in order to protect the fragile salad leaves from the heavy rains and the tomatoes from the fongic deseases that too much humidity can enable. Given the slopy terrain, the tools are mainly manual and completed by a hand-pushed tractor to prepare the beds superficially. Aeration is done by broad fork. The tooling is mainly inspired from the market gardener, JM Fortier, in order to optimize the work but also because, as strange as it may sound, there are a few similarities of climate between Québec and the Pacific islands (such as stron heatwaves and heavy rain episodes). 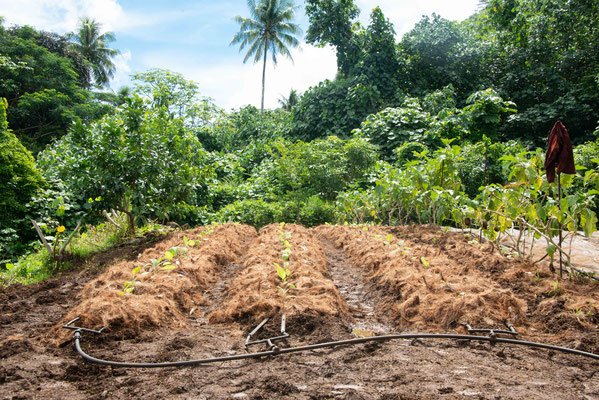 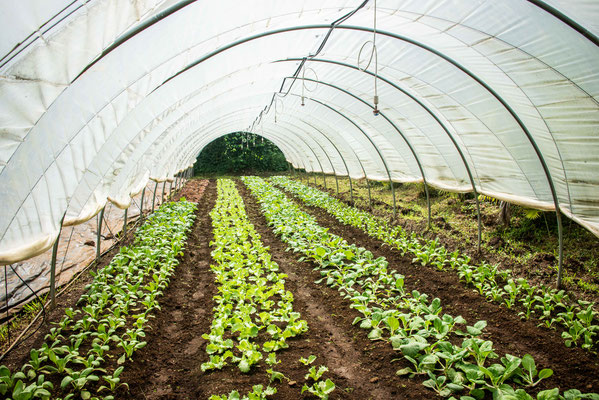 Preparation of the beds include notably the removal of the stones as this is newly cultivated land contrary to old land that has been cultivated since ages, that is taken from the jungle and the mountain of Raiatea. As such, there is about a few hundred years to catch up during which stones would have been removed from traditionally cultivated land. This is hard work. A quad is used to transport the tools, the harvests, the stones, the green waste for the compost and the workers up and down.

Preparation of the beds is also completed, depending on the selected crop to be grown, with fertilizers authorised in organic agriculture, bringing nutrition and calcium as well as with homemade compost. 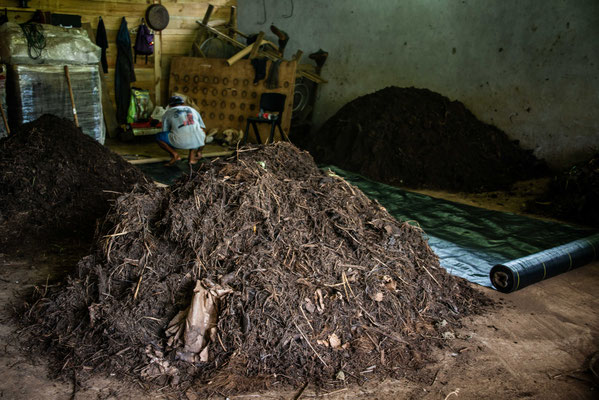 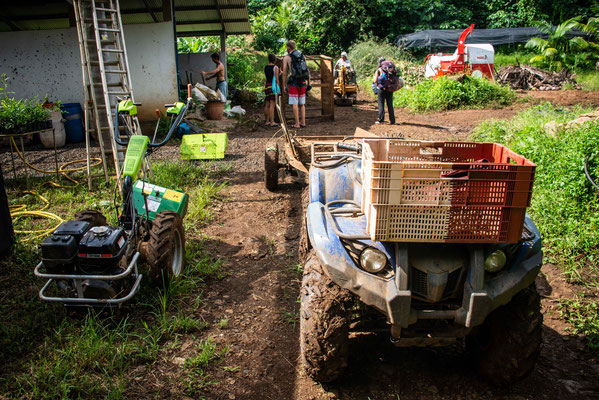 The team is made up of about 6 workers, Thierry and Paul for a part of his time and one to four woofers. With that many people, work organization is a key element for success. It is constanty adjusting and also needs to fit with the farm development.

A big hangar constitute the epicentre of the farm. On one side the compost is prepared there, made up from the green waste, animal manure (notably the Thierry's horses) as well as lacto-fermented natural fish-based fertilizer called simply « fish ». On the other side, you find the tool storage, the solar pannels batteries that power the cold room close by, used for storing momentarily the harvest before delivery. The washing station is also arranged there as well as the administrative work station, the workers' kitchen and the living area and rooms for the woofers. The weekly meetings where the week's work is defined and attributed as well as the tasks to be done and the priorities, are also held there. This information is then displayed on a huge white board which is updated each day in order to identify what has been done and what has been done in addition or because of unforeseen elements.

The nursery is also set up close to this space in order to keep a close eye on it, an automated sprinkling system is in place as the space is quite huge. Most of the crops are started there in trays. Some are sprayed with fish in order to develop their resistance and their growth. Tomatoes as well as cucumbers and aubergines are kept a little longer than ordinary for the outdoor plantation in order that they resist better to the heavy rains that regularly occur on the island. Moreover, their lower leaves over the major part of their length are removed before planting in order to be planted partially horizontally which enables the development of roots close to the surface into the first 10cm which is the arable and nutritious layer of the soil. 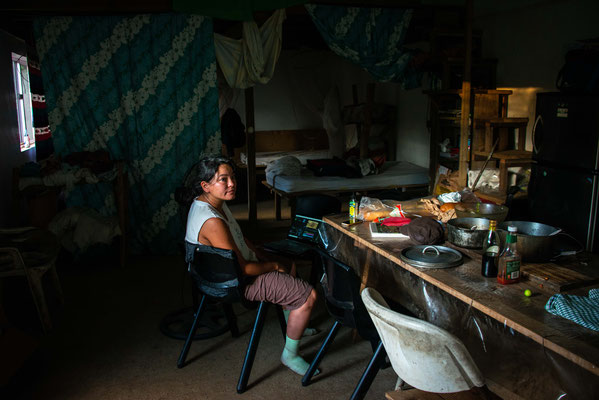 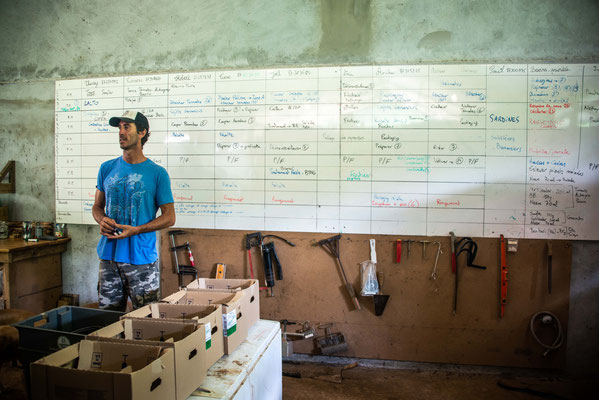 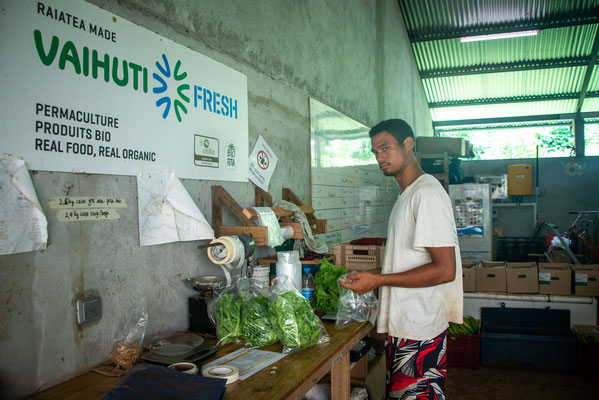 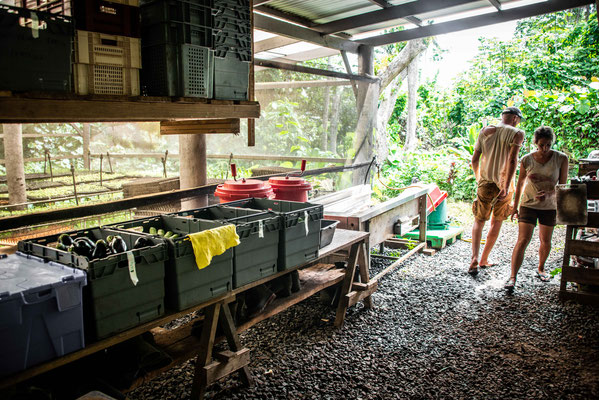 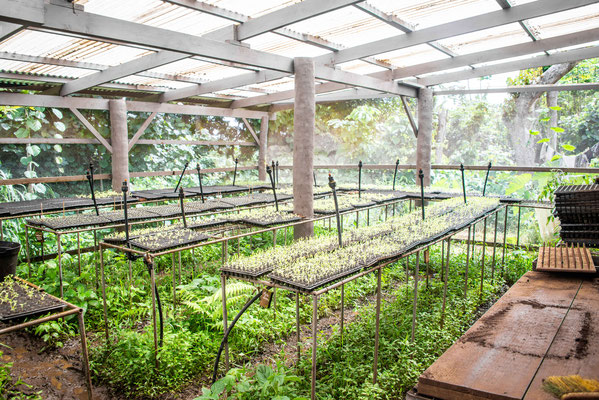 Regarding irrigation, in addition to the nursery, each cultivated area is equipped with access to water. The irrigation system is set-up when preparing the area according the plant needs. Mainly sprinkling except for the tomatoes which are set-up with drip irrigation. Irrigation is controlled with timers. Each morning a worker comes by to turn it on and at each end of the day too. The idea is to use this mandatory action to control each cultivated area at least once a day. Because the greenhouses do not receive rain and receive intense heat, it means that someone needs to be on-call during the weekend to come irrigate. Given the distribution of the cultivated areas in the vast land, automation of this task is not appealing as it could mean losing whole harvests if an irrigation problem isn't noticed on time. 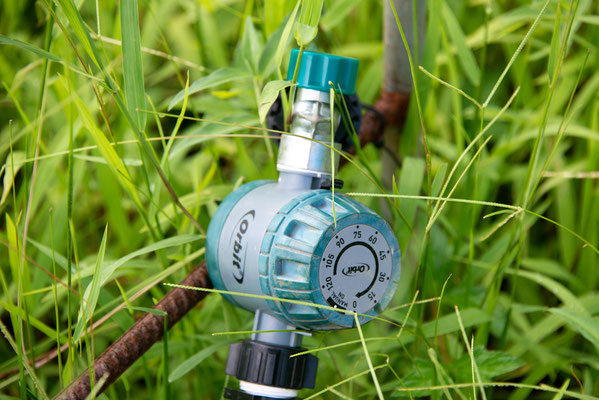 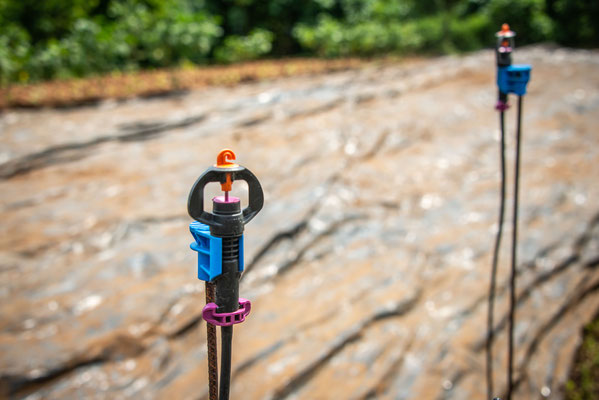 Main products of the farm (when we are there) are :

The harvests are sold to hotels which constitute the main sale volume then to stores and finally to individuals through « bio boxes ». With the volume potentially produced on a farm the size of Vaihuti, it requires buyers outside the island of Raiatea. Moreover, Raiatea isn't the most touristy island so even the hotel volume is limited. The organic food demand is there however, traditionally the locals are used to growing a veggie garden at home and also, the cost of life being so high, it is difficult for them to pay the right price for the food. It is therefore complicated at this scale to sell only to individuals. In addition, hotels in general import the major of what they consume from pretty far away so it is ecologically interesting to provide them with local, environment-friendly and healthy products. Par of the harvest is thus sent on neighbouring islands which don't have or not enough agricultural capacity, especially organic-wise.

At the moment, the farm is growing and as with many agricultural projects, several years are needed to reach a stable and profitable cruising mode. The team works thus to set up robust processes to ensure efficient crop rotation and a constant productivity as well as to optimize post-harvest processing time. There are a lot of on-going projects. On the short term, the working tool needs to be improved with more efficient tools in the nursery such as the vacuum seeder to save some time, a washing station including a bubbler to save time again on the leaves washing and a bigger space to optimize the flow until packaging. On the mid term, the honey production as well as the fruit production will be developped. On the long term, Vaihuti is extending on an additional terrain, flatter, and also will start egg production. This farm is the first organic certified farm of French Polynesia Leeward Islands so as the demand for healthy products keeps growing, it has a bright futur in front of it as well as huge works. It has been recognized in 2017 by Fermes d'avenir, an organization in France promoting local and healthy food for its innovative and pioneer approach.