While researching New Zealand, Thomas comes across an unusual character. Yoshi, a japanese man who settled down on the North Island, close to Kaiwaka and who is a genius inventor, harnessing the solar power and promotes a sustainable living. His whole house is an experiment. We have to meet him !

When Thomas writes to him explaining our project, Yoshi accepts to meet us and to take the time to explain us his project. We learn too late that we could have stayed and helped out which we would have gladly as we were welcomed and hosted for a night so very kindly and it was a great joy to meet such an interested and passionated person.

Our woofing hosts bring us there by car as they refuse to let us ride our bikes to the place as there was a fatal car accident there some time ago and trucks loaded with cement are driving fast on this dirt road. They drop us in front of a funny looking house. The lower floor is built like a japanese house it seems, the upper part seems pretty experimental. In front there is a veggie patch. Yoshi is turning 81 years old in a few days and welcomes us warmly to his place with all the kind japanese hospitality. We enjoy lunch with him and his friend, a german guy who settled down on the other side of the hill and tells us about many interesting stories including amazing wood buildings with no nails.

Born in 1938, in Kobe, Japan, Yoshi lives his first years in WWII. His family receives about 35 yens per month to survive when at the time an apple would cost 20 yens. He remembers growing up being hungry most of his time. He becomes an acoustician. When he turns 30 years old, he goes to the US for one year. He realizes that with more money, people actually want more money instead of investing in spiritual mind development. He travels the world visting the concert halls of the world for his specialty.

In the 1990, a broad environmental study starts which he participates in as an acoustican to study the noise pollution around the Osaka airport. This contact with these environmental issues feeds his awareness already awakened with the energy crisis during the 70s.

During his travels as acoustician, he,visited New Zealand and at the time land was quite cheap there and the yen was strong. He decided then to buy some land there.

With no practical work experience before, he decides to build a nature friendly experimental house. The ground floor seems a typical japanese house but actually the walls are well-insulated. The windows can be barred with insulative pannels. Moreover there are little holes in the floor and in the ceiling which Yoshi explains afterwards. His concept starts with harnessing the sun's power in a sustainable manner which means no use of solar pannels. With the solar pannels, we tend to forget that actually the sun can provide much more than that. The top of the house is like a greenhouse, a glazed room which walls are painted in black to harness as much heat as possible from the sun. This accumulated heat creates a temperature difference from the lower levels of the house (including an underground cellar) thus through the little holes in the floor the cold air moves up creating a refreshing effect throughout the house. On the reverse in winter, he uses a 20W fan to push the hot air down, this air will then come up again, heating the house at the same time.

He uses the sun's energy to heat his hot water, through black tubes exposed to the sun and also uses it to cook though this requires a bit of preparation to work. He has a solar cooker and a solar oven, which concentrate the sun's rays into a reduced spot through inclinated pannels covered with aluminum foil. Once set-up, you just put the pot with your food in this spot and the heat will come up to more than 200°C. He can easily cook in there veggies, rice or even bake bread.

It seems that once you start unfolding your thoughts around sustainability and creating a more harmonized life with nature, wherever you start, be it building or veggie growing, you ultimately tackle all aspects of life. So Yoshi also has a garden and even a rice paddy which provides a good part of his food. People have called and asked him advice from all over New Zealand on how to grow rice here as this isn't your typical kiwi crop. His toilets are connected to a biodigester that produces cooking gas. When he isn't using this gas or the sun, he has a small very efficient charcoal based cooking pit which he normally does not use. Vital functions such as energy for cooking should be covered by several elements.

His electricity consumption is reduced to its minimum but still including modern comfort, it powers a small pump here and there, some light bulbs, a computer, a little machine that separate bran from seed after the rice harvest and the washing machine. The underground cellar has a rather refreshing temperature and is used to keep conservation goods such as sterilized jars, cans, apples, wine...etc so there is no need for a fridge. As a scientist, Yoshi has sensors in his house to monitor the temperature and humidity levels to validate his house experiment, he also has a lot of little « gadgets » such as a small sterling engine just to demonstrate what is possible and get inspired for new inventions of the daily life. As an academic by trade, he also developped a way to present this way of life and synthesized the main points to lead, according to him, a sustainable life. You can find these HERE on his website.

One of the points that moved us was that the sustainable way of living is not complete without art and culture, vernacularism in particular. Yoshi has a small amphitheatre with a very good acoustic (no wonder!) which he has used many times to organize music festivals and other performances, making big parties at his place, connecting people between each other and creating this wider sense of sharing and community which is so important to recreate connection with life itself.

All in all, we were absolutely charmed and amazed at what he created and how he lived and is living his life. Yoshi is a wonderfully enthusiastic person who communicates well his joy of living and seemed to have lived and to live a rich and open-minded life as his smile and happy eyes tell you when you meet him. 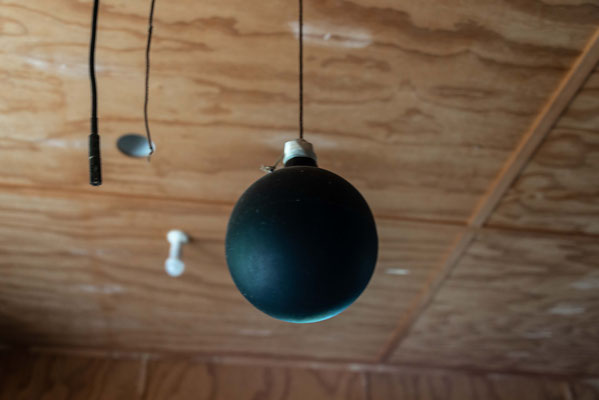 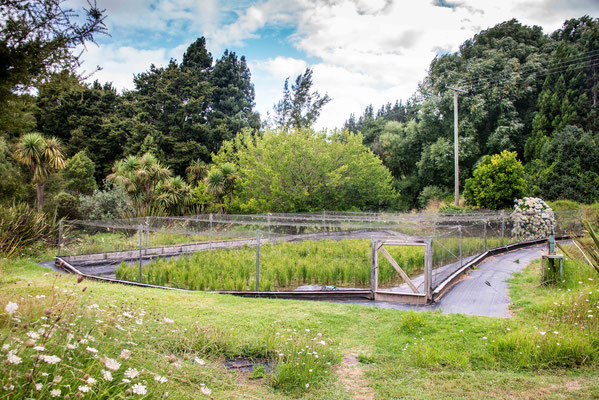 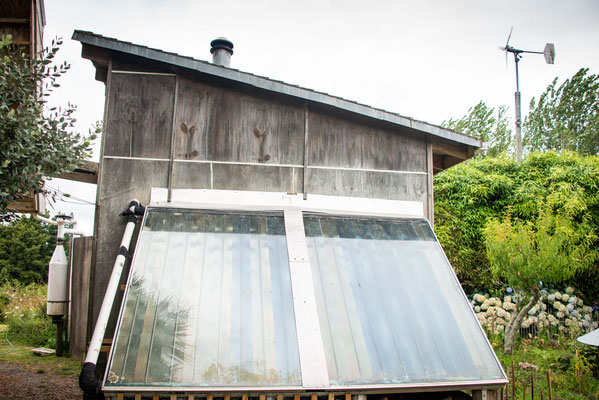 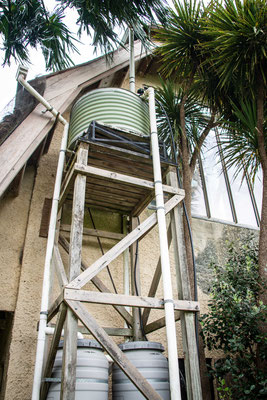 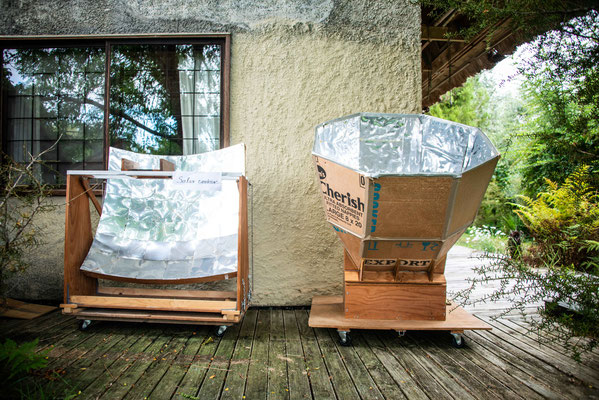 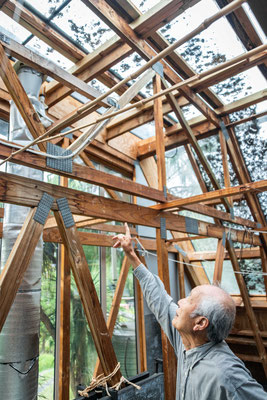 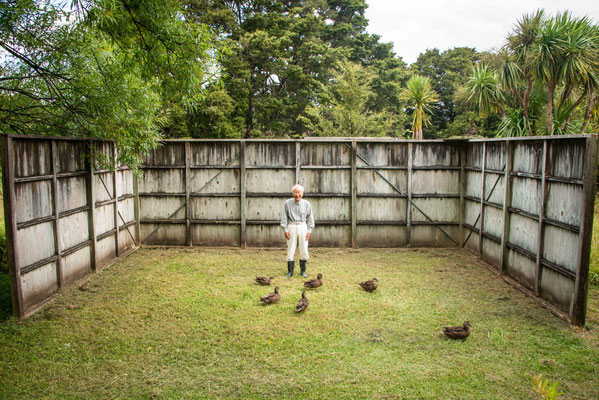 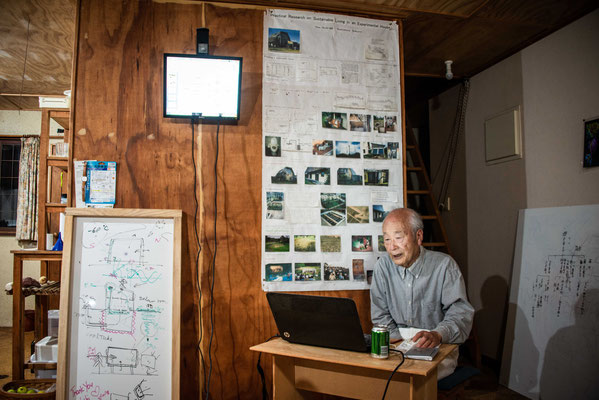